As a starter I was, probably like most of you atheists and other free thinkers, baptized, but not because my parents were religious, but  because a friend of my mother convinced her it would look bad not to do it in such a small and devout town. And she was right, and I know it from experience, because there were rumors that two new kids in town weren’t baptized and people already disliked them for that and for their mother not being married in a church ceremony (in fact at that time, my parents had a church wedding in secret because they were afraid people would find out they weren’t even married by the church and they and my mom’s friend had convinced the priest to baptize me without even being married). So, yeah, I come from a very religious small town, and even my mother and I attended church for little more than a year there because her friend asked her to help her with sunday school and to organize a very important religious event when she was sick, so my mom had to be integrated because it involved more people. But my own family wasn’t very religious - my father was an atheist and my mother was spiritual but wasn’t religious at all for most of my childhood and adolescence, and also for most of it we didn’t attend church except sporadically on christmas because my mom liked the tradition (now she doesn’t even do that). So this is my experience with church: about an year of stupidity, and a few more sporadic events (weddings, christmas, etc.). As for me, I never had a strong belief in god or Jesus as the son of god and his resurrection (I think the correct term to use here would be agnostic), and didn’t even think about it much until I was about 10 years old. We also didn’t discuss this topics at home much. Then, one day I woke up and was sure of my disbelief - after reflecting on it for a while of course. As I grew up I realized I was an “atheist”, and that happened when I was 11 or 12 years old. I didn’t have much trouble with coming out as an atheist, although my parents, especially my mother, wanted to make sure I knew what I was talking about when I criticized religion. The questions they asked me, as I was seeking an answer, made me grow more into my atheism, and become a more informed atheist. Later I learned that my dad was an atheist too (although I knew he wasn’t religious already), but not my mother (the best term here is “pantheist”), although she wasn’t religious either… Later, when I was starting high school I considered strong atheism for a while, then I identified as an agnostic atheist (between 5 and 6 in the dawkins scale that goes up to 7) towards the end and when I started college (in a different program than the one I am enrolled now and I’m gonna end up majoring in). Then, I was a militant atheist for a while, although still an agnostic atheist. I’ve written many texts about atheism and related topics like evolutionary science and creationism - yes, including addressing claims that stated evolution doesn’t bring information into the genome, therefore god must have done it, which isn’t true because there are mechanisms that do bring information into the gnome, including gene duplication. I’ve written these texts in my blogspot blogs and google page [which aren’t in english so, I won’t bother to link to these pages], on tumblr in my previous blogs about atheism and even in this last blog. I also wrote about the relationship between mental health and religion (and found religion didn’t always had positive effects), as well as about the relationship between cognitive functioning and cognitive abilities and atheism/ religion, including posts in which I stated studies found a positive correlation between atheism and IQ of 0.6, as well as posts where I based my text on a study that found atheists think more rationally and have what is called a “rational brain”, and stated religious people were more on the emotional side. I’ve also exposed the genetic and environmental influences on religion, spirituality and atheism - tendency to believe is genetic, but religion has to do with culture and upbringing. So I’ve done my part on discussing the topic from an intellectual perspective, and now I’m probably one of the most laid back atheists in the entire world and now I mostly joke about it while stating some truths, and use my knowledge on the topics of atheism and related from time to time.
I’m in my senior year of college and I’m a psychology major with some professional training in clinical psychology and neuropsychology, and I would say I’m now a somewhat mature and adult atheist that is getting tired of refuting the same old tired religious arguments - including arguments about mental health and religion, and including creationist arguments. But there’s one thing I won’t tolerate and that is intellectual fraud - asserting you’re something you’re not just to look cool and intellectually credible - such as people saying they’re deists when they’re in fact theists (and possibly christian theists) and that they’re moderates when they’re fanatics… But then their actions won’t be in accordance with their words and if you’re that person, you’ll be discovered quickly.
So this was my journey into my atheism, I hope I managed to be enlightening.

Shared in the  Atheist Republic forum with the following update:

P.S.: When this was written I was in my senior yer, but now I'm studying forensic science (biology and chemistry branch) for a post-graduate diploma

Cheers to the freaking weekend (that has passed, and while I was studying instead of resting)! Oh, and I can't drink to that because I'm taking medication :/ 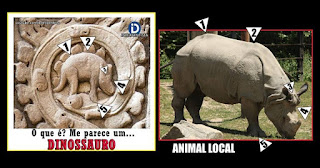